… is there really an effective natural spider repellant? Every time we visit family in Australia, spiders, especially those we call tarantulas, which are actually Huntsman spiders (and very large by Canadian terms), seem to find a way inside the house or car, and definitely are always found in the wood pile! They just seem to know we are visiting.   Anyone who gardens will certainly have many  interactions with spiders, most of which can be tolerated as long as they stay outside the home. 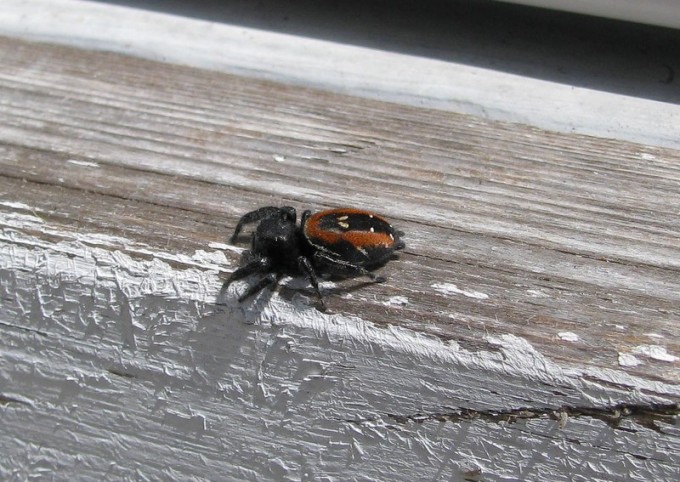 Here in Canada, spiders are most beneficial in the garden as they eat lots of harmful insects, although there are some species such as black widow, it is best to avoid at all times if possible. We have a great variety of spiders in our yard and when the night temperatures start to cool in the Fall – they seem to mass migrate into the house.   We prefer them in the garden and not in the house especially in the linen closet or bed.  Here are a few natural repellants to try.

Here are some ideas to try around the house

For me, the idea is  co-existence outside ~ and definitely not “”mi case es su casa” when it comes to arachnids inside home.

Down came the rain and washed the spider out

Out came the sun and dried up all the rain 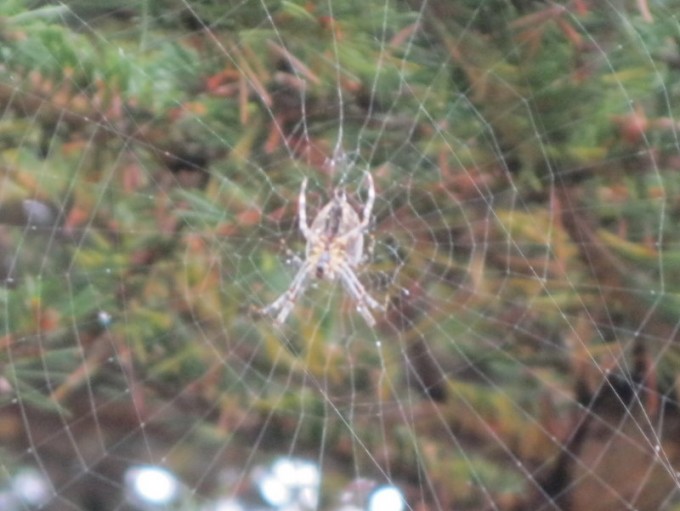