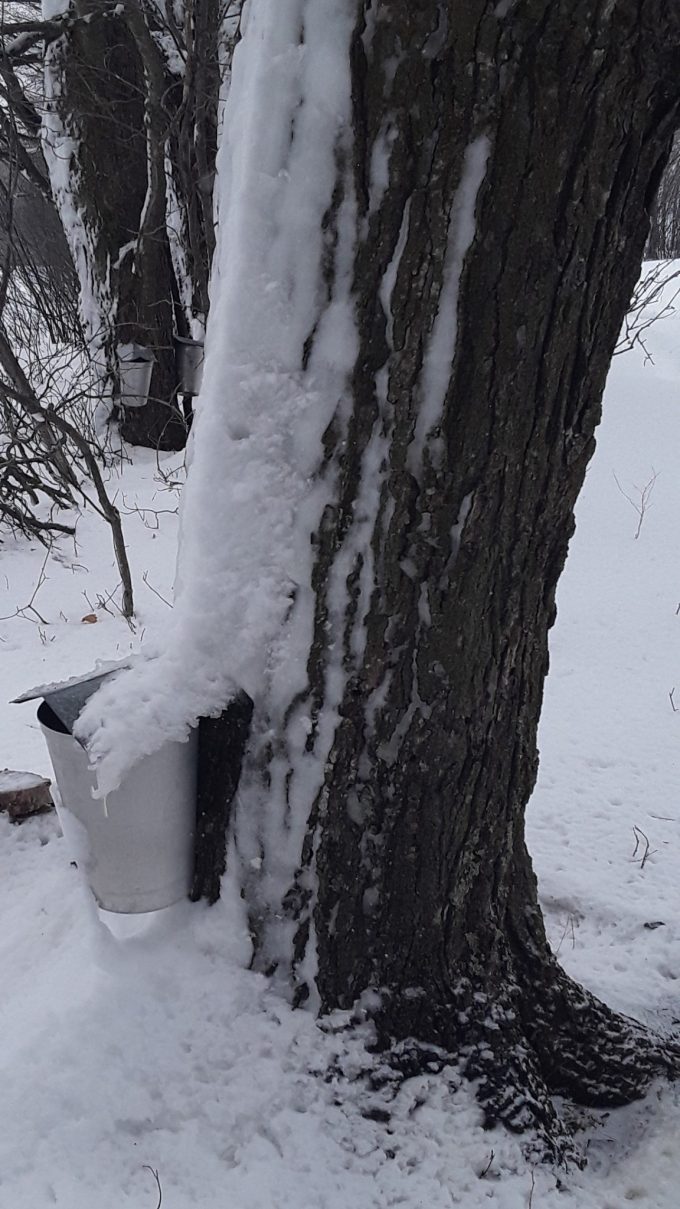 In March and April each year it is a tradition to harvest the rich sap from the Red Maple Trees in Eastern Canada, It is made from xylem sap which “runs” in the Spring when it is harvested… a brief outline of the process –

Some of the Health Benefits of Maple Syrup

Some of the maple syrup farms have been handed down for generations since the 1600’s and many farmers today produce maple syrup using the same methods of their ancestors centuries ago. The original farmhouse where are friend stayed was built in the mid 1800’s.

In closing, Maple Syrup from Quebec, La Belle Province – it’s simply the best in the world! Travel Canada for your next holiday and plan a trip to Quebec and back East next Spring and enjoy harvest time. Au revoir …

Photo Credit: Thanks Lee, for the story and the great photos …